When you think of the Aosta Valley, your mind immediately goes to Cervinia's ski slopes, Courmayeur, Pila, known throughout Europe as an essential destination for winter sports lovers: from skiing to snowboarding to ice skating. A symbolic gateway for those coming from the south is the town of Pont Saint Martin, from which the road leading to the beautiful Gressoney Valley starts. The Roman bridge of the 1st century BC on which the ancient consular road to Aosta passed, is an example of Roman influence. Along the valley that leads from Pont Saint Martin to Courmayeur, there are 82 buildings, including primitive fortifications, military fortresses, residences, and watchtowers, bearing witness to the Region's rich feudal history. They stand like sentinels over the valley, offering the visitor the opportunity to follow an itinerary of great charm and interest. The Valdosta manors' best known is the Fénis Castle, famous for its scenic architecture, used as the Chalfant family's prestigious seat. The Castle of Issogne, Sarriod de la Tour, Sarre, Saint-Pierre, Ussel, to name a few, are also worth visiting. The road traced by the castles leads to Aosta, a concentration of Roman and medieval history. Roman city in its essence, it brings with it the visible signs of that era thanks to essential monuments such as the Arch of Augustus, the Porta Praetoria, the city walls, practicable almost entirely with a long and pleasant walk. Of great interest is the Cathedral of Santa Maria Assunta, with a visit to the archaeological excavations located under the existing floor, Piazza Chanoux, and the monumental complex of the Collegiate Church of Sant' Orso dating back to the 11th century. The fair that takes place every year in Aosta at the end of January is named after Sant' Orso. Thousands of tourists fill the city centre's streets dressed up, exhibiting the most ancient Aosta Valley artisan production, from sculpture to wood, from wrought iron to soapstone, leather, wicker woollen fabrics, lace, games, and masks.

During all seasons of the year, visit Monte Rosa, where you can practice sports or walk along the paths that climb up to the peaks, from which you can enjoy an enchanted landscape made magical by the play of lights and colours.

The sports that Monte Rosa and its valleys allow to practice are numerous; the three gorges of Ayas, Gressoney, and Valsesia are home to one of the most important Italian ski centres.

It is possible to try your hand at disciplines such as cross-country skiing, alpine skiing, ski mountaineering, and snowboarding in winter. In summer, the Region turns into a splendid open-air gym: mountaineering, rafting, canoeing, hiking, horseback riding, golf, and mountain biking, to name a few, without forgetting air sports such as parachuting, hang gliding, or paragliding.

To admire the glaciers’ beauty, we recommend Punta Helbronner, a magnificent natural terrace from which you can enjoy the landscape.

A cable car leads to Mont Fréty, where it is possible to visit the Naturalistic Oasis of the Pavillon du Mont Fréty. This large protected area hosts numerous alpine fauna specimens and is home to the Saussurea Alpine Garden, among Europe’s highest. Over 900 plant species of the spontaneous flora of Mont Blanc and other mountain ranges around the world grow here.

In the summer, trekking lovers will appreciate the paths that wind through the Oasis, an ideal place to establish contact with the alpine environment and contemplate the majesty of the landscape. If, on the other hand, you want to fly over Mont Blanc, an excursion in a balloon offers intense emotions, almost touching the peaks, in an enchanting setting.

For lovers of good wine, the Aosta Valley offers the wine route that leads tourists through vineyards and cellars, where you can meet passionate winemakers and winemakers and discover the curiosities and excellences of mountain wines.

The regional Aosta Valley cuisine is robust and creative and full of genuine flavours. Typical meat-based specialities such as Carbonada, a meat stew kept in wine, onion, and herbs; Mocetta, dried beef or ibex meat flavoured with mountain herbs.

Cured meats are another delicacy to be tasted like the fragrant lard of Arnad, the boudin de la Valle d’Aosta, stuffed with boiled potatoes, lard, spices the well-known Bosses ham (Jambon de Bosses).

Excellent cheeses including Valle d’Aosta Fromadzo and the famous Fontina Dop, the basis of many recipes including fondue, preceded or followed by the typical Valle d’Aosta soup, based on cabbage, savoy cabbage, fontina, stale bread of rye.

Thanks to the Region’s microclimate, the vine can bear fruit up to 1200 m high, while the fruit trees offer delicacies such as walnuts, chestnuts, rennet apples, and the famous Martin Sec pears.

Wine lovers can enjoy excellent mountain wines with controlled designation of origin such as Arnad Montjovet, Enfer d’Arvier, Blanc de Morgex et de La Salle, or Donnas. To finish with the extraordinary “Genépy des Alpes” herbal liqueur or a typical Aosta Valley coffee to be enjoyed in the traditional “cup of friendship.” 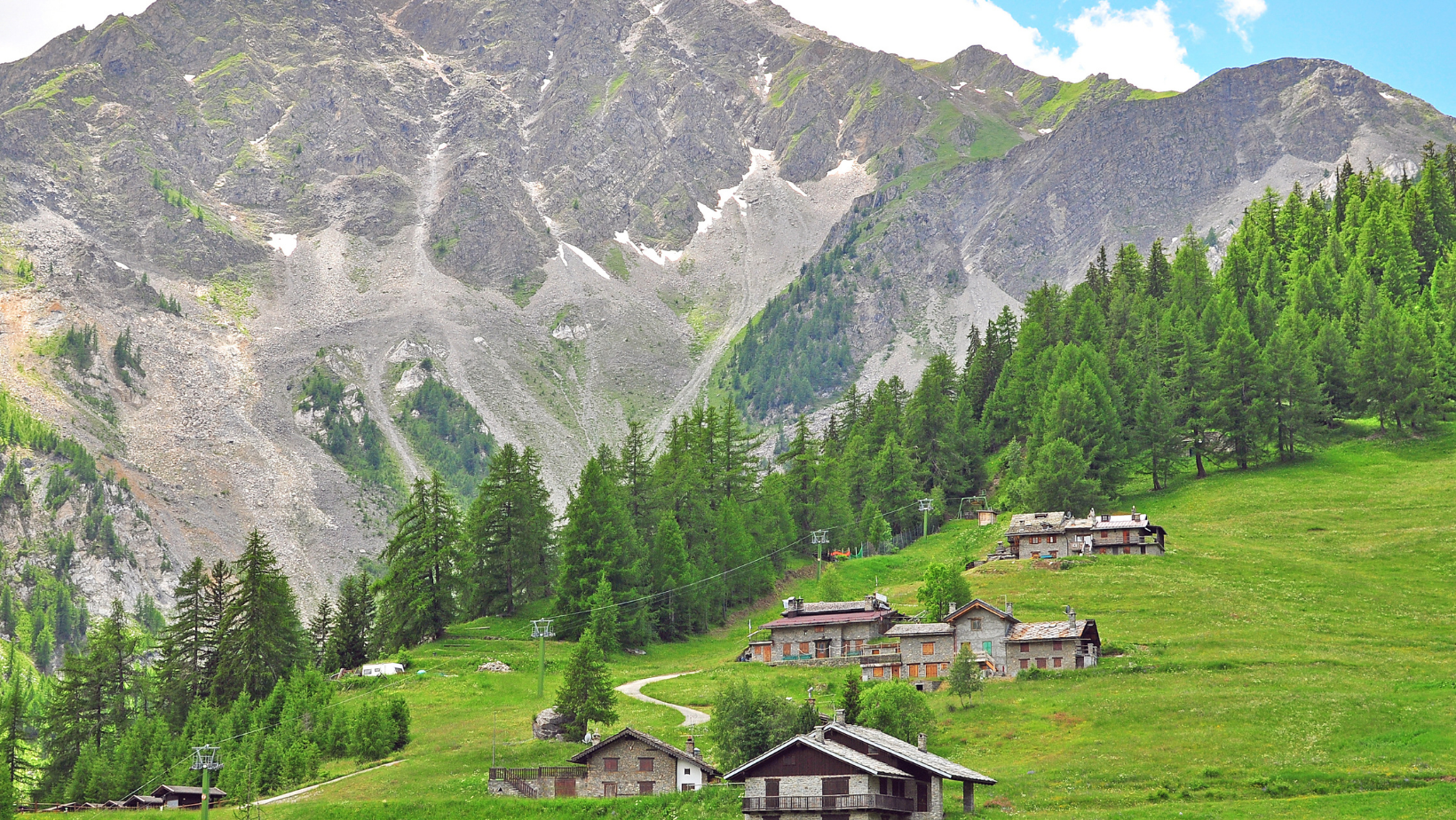