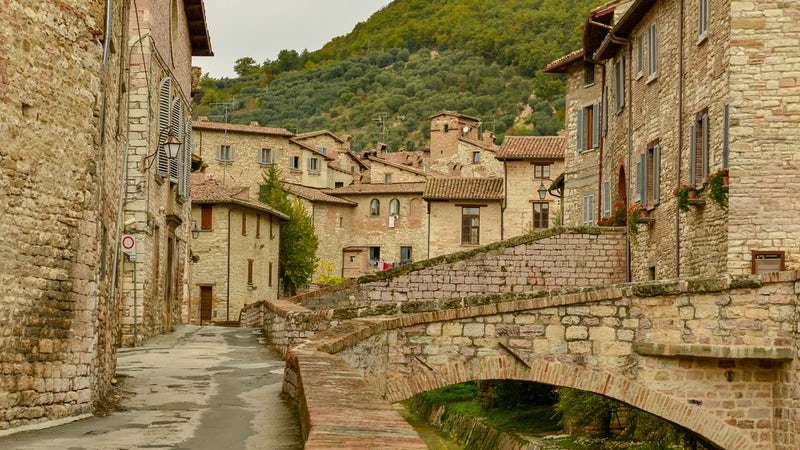 Early morning departure from the chosen location for Tuscany. Free lunch and transfer to Cortona for the guided tour. Cortona is a small medieval village in the Valdichiana, in the province of Arezzo. The city is enclosed by the ancient Etruscan walls and was built on a hill. With its elevated position, Cortona enjoys an excellent and splendid view from various points of the city. The symbol of Cortona is the town hall, characterized by the tower with the clock and its stone staircase that overlooks Piazza Della Repubblica. Transfer to the hotel for dinner and overnight.

Breakfast. Full day guided tour. In the morning visit of Assisi, city of peace and eternal city, one of the major religious centres in Italy for the memories of St. Francis. The symbol of Assisi is the Basilica of San Francesco (any earphones to be paid locally), a grandiose monument conceived for the exaltation of the Franciscan message in the renovated Church. Another important monument is the Basilica of Santa Chiara, in whose crypt there is the urn containing the body of the Saint. Free lunch. In the afternoon guided tour of the village of Spello. The village develops between the plains, hills and mountains and is one of the most beautiful villages in Italy. For Julius Caesar, Spello was the Splendidissima colony Jiulia and over the centuries it has remained so. The walls have six intact Roman gates, such as Porta Venere with the two massive towers of Properzio in white travertine, Porta Urbica and Porta Consolare. The centre contains many places of interest mostly of Catholic worship, as evidenced by the quantity of bell towers visible also from the valley floor, between cypress and holm oak. Return to hotel for dinner and overnight.

Day 3: HERMITAGE OF THE PRISONS AND CHURCH OF SAN DAMIANO – CITTA ‘DI CASTELLO

Breakfast. In the morning, excursion with local minibuses to the Church of San Damiano and the Eremo Delle Carceri.

In the Church of San Damiano, the Crucifix, a copy of which can be seen on the altar (the original is now kept in the Basilica of Santa Chiara), spoke to Francis, saying “Go and repair my house, which as you see, goes in ruins “; the Eremo Delle Carceri, on the other hand, is the place where the Saint and his followers retired in prayer. Stop in the Basilica of Santa Maria Degli Angeli, where St. Francis chose to die. Free lunch. In the afternoon stop in Città di Castello for a guided tour: the symbol of the city is undoubtedly the group of bell towers which makes it immediately recognizable and which represent a sort of “summa” of its own historical events, strongly characterized by the contrast between civic power and the religious one.

At the end of the return trip with arrival in the late evening.