The route to discover the area begins in Campobasso, a city centre steeped in history and culture, dominated by the imposing Monforte Castle. Of particular importance is the Samnite Provincial Museum, which exhibits valuable evidence of the civilizations that populated the area from proto-history to the Samnite period. Isernia's historic centre is exciting: the areas and monuments of most significant interest are the 13th-century fountains and the ancient prehistoric area outside the city. Also worth visiting are two small towns that still pass on old handicrafts today: Agnone, with artisans specializing in the manufacture of bells for the world's most important churches, and Scapoli, the village the bagpipes, which has a museum dedicated to this ancient musical instrument. The small town of Bagnoli del Trigno, called "the pearl of Molise," is also worth visiting. Among the critical archaeological centres of Molise, the Samnite Pietrabbondante deserves a visit, with its wonderful Sepino theatre with the ruins of the Roman city and Larino, which combines the precious Roman remains with a great example of medieval art: the Romanesque-Gothic cathedral. Termoli is a holiday resort and port with the majestic Swabian castle and the Romanesque cathedral. Venafro with the Pandone castle, the Romanesque-Gothic cathedral, and archaeological finds from the Roman and pre-Roman times. There are also numerous castles in the area, Pescolanciano and the abbeys and sanctuaries, including the Benedictine Abbey of San Vincenzo al Volturno, the Santuario dell'Addolorata di Castelpetroso and the Sanctuary of Canneto in Roccavivara. Finally, excellent examples of Romanesque architecture are the Church of San Giorgio in Petrella Tifernina and the Church of Santa Maria della Strada in Matrice. Undoubtedly worth a visit are the Tratturi, unpaved roads where shepherds once brought their flocks in times of transhumance and which today are compelling testimony to rural and pastoral civilization. Finally, a must for winter sports enthusiasts is Campitello Matese, one of the most famous ski areas in central and southern Italy.

From the peaks of the Apennines to the coast, the unspoiled nature of Molise is the ideal place for a relaxing stay, sport, and excursions to the most characteristic places of the region.

Those who love a lot of green can walk or hike between forests, streams, gorges, and waterfalls in the various protected areas such as the Abruzzo, Latium, and Molise National Park or the WWF Guardaregia-Campochiaro oasis. Many hilly areas can be visited by mountain bike, while you can follow scenic bike paths along the coast.

Always in the heart of nature, you can experience a unique experience, such as horse riding along the “Tratturi,” the thousand-year-old transhumance routes that make Molise so unique. In Pescolanciano, in several areas of the Province of Campobasso, and almost everywhere in the region, these historic trails offer the opportunity to immerse yourself in local history and civilization.

Well-equipped ski areas such as the Campitello Matese, the most important ski area in Molise, and Capracotta, known for its cross-country ski trails, ensure the thrill of skiing in the high mountains.

Instead, from Termoli to Campomarino on the coast, you can spend a seaside holiday and practice all water sports on wide sandy beaches, crystal clear waters, and modern facilities. Those with a sweet tooth, on the other hand, can follow food and wine tours from the coast to the upper Molise through areas overgrown with vineyards and characteristic villages with stops to taste wines and typical products, including the famous white truffle of San Pietro Avellana.

Molise is a land of ancient traditions and still offers different spiritual routes in uncontaminated environments. Not to be missed are the sanctuary of Santa Maria del Canneto in Roccavivara or the impressive monastery of Addolorata in the rugged mountains of Castelpetroso.

Finally, events and festivals that keep local traditions alive are:

– The International Bagpipe Festival in Scapoli

– The White Truffle Fair in San Pietro Avellana and folkloric events such as “La ‘Ndocciata,” a torchlight procession in traditional costume.

Land with an agricultural vocation, Molise’s typical cuisine is based on the products of the earth and pastoralism, enriched with the surrounding regions’ influences. There are many signature dishes such as Maccheroni alla Chitarra, Pallotte with cheese and eggs, pasta and beans, polenta, lamb, and roasted Turcinelli, consisting of lamb entrails and offal.

Among the excellent products, extra virgin olive oil, Isernia truffle, and durum wheat pasta stand out. There are various sausages, including Saggicciotti, liver sausages, ventricina and Pampanera, and bacon with oven-dried chillies.

The gastronomic prerogative of the region is dairy products, in particular caciocavallo and stracciata from Agnone and Alto Molise, fior di latte from Boiano, buffalo mozzarella from Venafro, pecorino from Matese. Scamorza and burrini are made everywhere and consist of an outer part caciocavallo and an inner part butter.

The local wines are of excellent quality, including Biferno and Pentro. Typical sweets include grape mustard (jam typical of the Molise countryside) and, among other exquisite delicacies, Cauciuni (sweets filled with pasta and chickpeas), filled waffles (waffles filled with walnuts) and almonds), Peccellate (sweets filled with cooked must or jam) and Cippillati (baked ravioli filled with sour cherries). 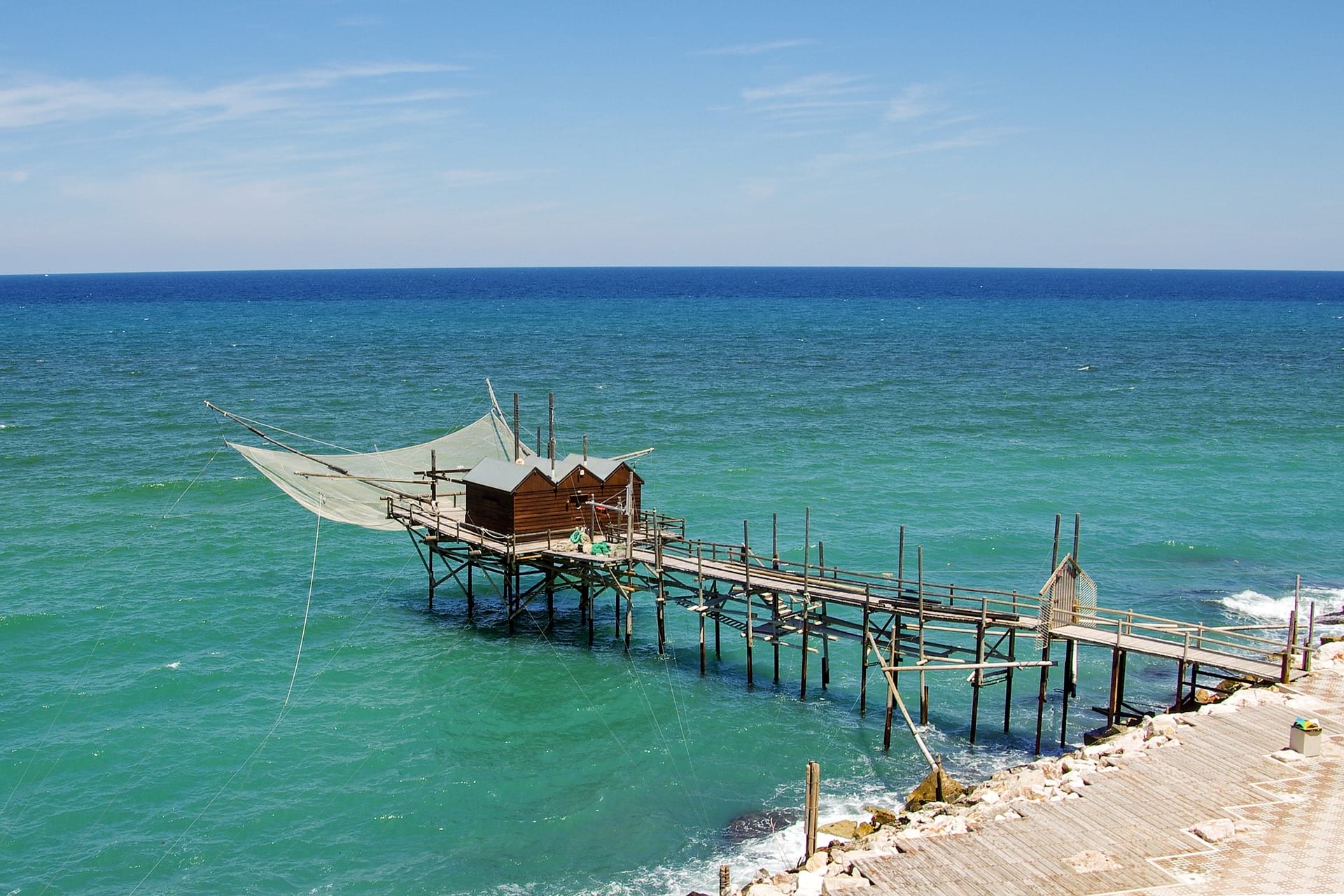