On its vast territory, the landscape has receded in infinite variations: Lombardy stretches from the Alps to the countryside, from cities of art to small, historic villages in the great Italian lake region (there are more than fifteen). Lombardy perfect for those looking for a dynamic and engaging vacation where you will never be bored. Where to start discovering Lombardy, Especially from these ten fabulous places: 1. Milan: The regional capital, a very modern and eclectic city, can always surprise thanks to its complete calendar of cultural events, historical itineraries, and artistic treasures 2. Bergamo: Walls protect the charming medieval village from the 16th and 17th centuries - a UNESCO World Heritage Site - located on the hills in a scenic location 3. The Orobie: a mountain range of protected areas and nature reserves that stretches from Lake Como to Valtellina and Val Camonica, including refuges, hiking trails, and sports activities 4. Mantua: It is one of the leading centres of the Italian Renaissance, located in a picturesque setting and surrounded on three sides by lakes in a nature reserve 5. Sirmione: Pearl of Lake Garda, its romantic village on the peninsula of the same name, is known for its Roman remains and its thermal waters 6. Lake Como: The third-largest Italian lake, whose enchanting landscape has attracted artists, poets, and famous people for centuries 7. Franciacorta: In the hilly area between Brescia and Lake Iseo, this is a well-known wine-growing area that combines its history with the production of a highly valued DOCG sparkling wine 8. Valtellina: a paradise for outdoor enthusiasts. The valley offers endless possibilities for a mountain vacation that combines sport, wellness, culture, and good food 9. Monte Isola: It is the largest lake island in southern Europe, a green mountain full of villages in the centre of Lake Iseo 10. Pavia and its Certosa: a city of ancient origins. It has an important historical heritage made up of great monuments, most notably the Certosa, a religious complex outside the city. In Lombardy, you will find 500 museums and over a million cultural assets: - The famous fresco of the Last Supper by Leonardo da Vinci - The medieval Torrazzo of Cremona at 112 meters - The highest historic bell tower in Italy The Teatro alla Scala in Milan, inaugurated in 1778, is one of the most famous in the world for opera music. Lombardy is also the Italian region where most of the UNESCO World Heritage Sites are. In addition to the Venetian walls of Bergamo, there are also Mantua and Sabbioneta, the Park of the Rock Carvings of the Camonica Valley, the workers 'village of Crespi d' Adda, the Sacro Monte della Beata Vergine del Soccorso, and the Sacro Monte di Varese, as well as the Rhaetian Railway, the Tirano in Valtellina with Sankt Moritz in Switzerland.

From lakes to mountains, from the countryside to cities of art, there is no shortage of fun and entertainment opportunities for a dynamic and entertaining holiday combined with sport, well-being, culture, or food and wine in all of Lombardy.

Nature lovers can choose from a multitude of activities in every season of the year: In the mountains, there are numerous hiking trails with different degrees of difficulty and lengths and numerous refuges that offer hospitality. Incredibly scenic trekking routes are, for example, the 160 km long Sentiero delle Orobie, which winds through the Orobie Bergamasche Park, or the many paths in the Stelvio Pass, the Alta Via dell’Adamello (for experienced hikers). Valtellina’s main roads, such as the 130 km long Gran Via delle Orobie and the 110 km long Alta Via della Valmalenco for experienced hikers, or the Via dei Terrazzamenti, a 70 km long bicycle-pedestrian route through villages and vineyards from Morbegno to Tirano. You can also take exciting walks with a view of the lake, such as the Sentiero del Viandante, a 45 km route along the eastern shore of Lake Como, or the Via dell’Alto Lario in the western Alto Lario. Those who want to practice climbing can choose the Val di Mello in the lower Valtellina, the peaks of Adamello, or one of Lake Como or Lake Garda’s cliffs. Valtellina is also the ideal place to practice rafting and kayaking, whereas Lake Garda, Lake Idro, and Val di Ledro for canyoning.

Those who like to ride a bike, on the other hand, will find many opportunities for cycling in Lombardy: One of the numerous routes is the Sentiero Valtellina, 114 km from Bormio to Colico on Lake Como; the Mincio cycle path that connects Peschiera del Garda with the city of Mantua along the Mincio river; the Ciclopista del Garda from where you will admire the coastal region of the lake from Limone to Riva del Garda.

Adda’s cycle path can be ridden from Lecco to Milan along the banks of the Adda river, and the Valle Brembana cycle path from Bergamo to the upper Brembana valley.

In winter, ski and snowboard enthusiasts can rely on modern and well-equipped ski facilities that guarantee perfect snow: the Ponte di Legno-Tonale area is one of the centres. Monti dell’Aprica, Livigno, Bormio, Madesimo, and Montecampione (20 slopes, 11 ski lifts, 30 km in total). There are also numerous routes for snowshoeing and ice rinks and the option of snowmobiling with dinner at a refuge or helicopter flights. In Valle Camonica and Alta Valtellina, you can also experiment with sledge dogs, that is, sledges pulled by Siberian dogs.

The region is rich in monasteries, abbeys, and historical memories and a popular destination for religious tourism: Essential places are the Sacro Monte di Varese, a UNESCO World Heritage Site, the Chiaravalle Abbey, the Certosa di Pavia or the Abbey of San Benedetto in Polirone. Lombardy’s southern area, between Pavia and Lodi, is crossed by the Via Francigena and other exciting routes such as the Augustine path and the San Colombano path in Mantua.

Finally, there are many flavours in the region: the Franciacorta street between Brescia and Lake Iseo, the Oltrepò Pavese street for wine and flavours in the Pavese region, the Valtellina wine and taste route. The “Strada dei Vini e Sapori Mantovani,” “Strada dei Vini e Sapori della Valcalepio” and the “Strada del Vino and Sapori del Garda.” All invite you to linger in vineyards and farms and cellar visits, where you can enjoy wine tastings and the most typical specialities of the region.

Lombardy cuisine is rich and varied, with intense and rustic flavours suitable for severe winters, which tells of the close bond with nature and its territory. Modern but respectful reinterpretations of tradition revive recipes handed down from generation to generation.

The famous first pasta courses include the Pizzoccheri della Valtellina, a pasta made with buckwheat flour and seasoned with potatoes, cabbage, cheese, and melted butter. The Casoncelli is typical of Bergamo and Brescia, ravioli filling, the traditional Mantuan pumpkin Tortelli and risottos like the classic Milanese risotto with saffron.

A classic dish of the region is among other things, Cassœula, pork cooked with cabbage, Milanese schnitzel, exclusively bones, boiled meat with mustard, typical of the Cremonese region, and many other meat dishes such as braised and steamed with polenta or delicious Polenta Taragna (also excellent alone or with mushrooms). A stay at the lake, on the other hand, is the right opportunity to try sea fish such as white fish, tench, or char.

Among the top Lombard wines, the Franciacorta sparkling wine, the wines of Valtellina (among the most delicious, the Inferno, the Sforzato, the Valtellina Superiore), the Lugana of Lake Garda and the wines of Oltrepò Pavese (particularly noteworthy) should be highlighted classic method Oltrepò Pavese (Barbera, Bonarda), Moscato di Scanzo and Lambrusco Mantovano. 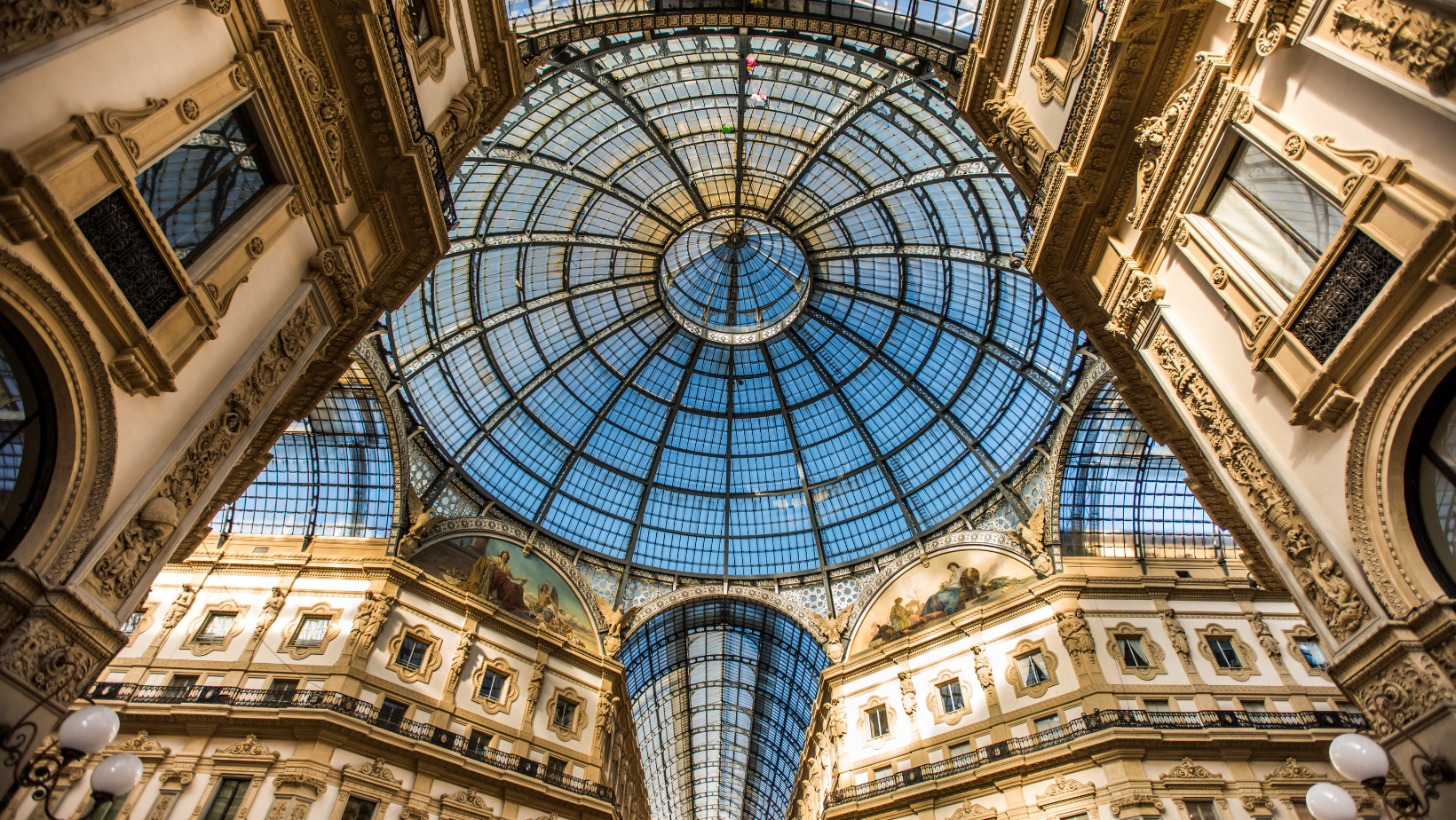