Liguria is one of Italy's smallest regions, bathed by the Ligurian Sea and dominated in the north by the Ligurian Alps and the Ligurian Apennines. It is known worldwide for its magnificent Cinque Terre, but the custodian of many other treasures. Which stops should be included in a discovery route within the region? Surely these ten: 1. Cinque Terre: these are five small picturesque villages Monterosso al Mare, Vernazza, Corniglia, Manarola, and Riomaggiore and are located by the sea and in close symbiosis with nature 2. Genoa: is famous for its old port and aquarium, but also for its narrow streets and historical centre (the largest in Europe) 3. Portofino: exclusive destination of the international jet set east of Genoa. It is known for its pastel-coloured houses, marina, and coves 4. Dolceacqua: a small medieval village in the western hinterland, made famous by Claude Monet, who was conquered by his suggestive bridge 5. The Gulf of Poets: The Gulf of La Spezia is known to have been the home for famous writers and artists such as Lord Byron, George Sand, P.B. Shelley, Montanelli, Soldati, and D'Annunzio 6. Sanremo: elegant resort, known for its music festival and carnival, as well as for its beaches and promenade 7. Camogli: Nestled in the rock in the Gulf of Paradise, it is a charming village full of hiking trails, including the path that leads to the Abbey of San Fruttuoso 8. The Riviera Delle Palme: it is a coastline that goes from Varazze to Andora and includes renowned seaside resorts such as Alassio, Loano, Albenga, the Baia dei Saraceni and Finalborgo 9. Triora: notorious for witch trials in the 16th century. It's a small inland village with an interesting ethnographic museum and a witch festival 10. Taggia and Arma di Taggia: They are divided between the seaside resort (Arma di Taggia) and the historic village (Taggia) and invite you to discover the Argentina Valley on paths and routes that are covered by motorcycle or bicycle can The impressive villages of the Cinque Terre with their colourful houses, the paths overlooking the sea, and the terraced slopes have been a UNESCO World Heritage Site since 1997, along with Porto Venere and Palmaria, Tino and Tinetto, small islands at the western end of the Gulf of La Spezia. In 2006 Genoa received this prestigious recognition for its Strade Nuove. Four streets in the historic centre built by the Genoese aristocracy at the turn of the 16th and 17th centuries and which are home to the Palazzi dei Rolli, splendid noble residences in the Renaissance and Baroque styles the size of Genoa in the eyes of the world.

There are so many beaches where you can enjoy the sun and the sea: among the most beautiful is the Baia del Silenzio in Sestri Levante, the San Fruttuoso beach in Camogli (where the picturesque San Fruttuoso Abbey is located), the Saracen Bay in Varigotti, the coast of San Lorenzo al Mare, the shore of Bergeggi and the Bay of Paraggi in Santa Margherita Ligure.

The most recommended areas for diving are the Cinque Terre Marine Area. You can dive between shoals, wrecks, and caves, the Portofino Marine Park, which includes more than twenty dive sites between Santa Margherita Ligure and Camogli, Capo Noli, and the marine area the island of Bergeggi on the Riviera di Ponente, also suitable for beginners. Don’t forget Camogli, in the 17 meters deep water of the statue of Christ of the Abyss, protector of divers.

The Ligurian Sea is part of the “Pelagos Sanctuary,” a marine area between Liguria, Sardinia, and France populated by whales. Dolphins are often spotted when taking a boat trip. Tours from Savona, Genoa, or Loano organize whale watching tours where you can spot sperm whales, fin whales, turtles, and flying fish.

Liguria offers many delicious options for trekking enthusiasts. Hiking trails across the entire region: among the most popular are the routes in the Cinque Terre, such as the Sentiero Azzurro, which winds along the sea and connects all five villages, the Via dei Santuari, which combines five different sanctuaries (viable) also with the Bike or on horseback), the path halfway up the coast from Manarola to Corniglia or from Levanto to Monterosso or the 14 km path from Portovenere to Riomaggiore in the Gulf of Poets. The Cinque Terre National Park, the Regional Park Portovenere, and the Regional Park Montemarcello-Magra or the 15 km long panorama path from Sestri Levante to Moneglia. The Alta Via dei Monti Liguri, on the other hand, runs the entire length of the region, a total of 440 km from Lerici to Ventimiglia, further into the hinterland. Thanks to the Ligurian Apennines’ exceptionally mild climate, the hiking trails are also accessible in winter.

One of the recommended routes for bike lovers is the Ciclabile dei Fiori, which winds along the sea from San Lorenzo a Mare to Ospedaletti, where the train once went (currently 24 km, but in the future 60). the Ciclovia dell’Ardesia (35 km) from Lavagna towards the inland valleys, which are also suitable for children, or the short but fascinating bike path from Levanto to Framura, which was built from the old railway.

As for the other sports, Liguria is an attraction for climbing lovers who can climb in this way with a sea view, like in Finale Ligure and Porto Venere. You could paraglide on the sea in Bergeggi or in Tigullio. If you like rafting and canyoning, there are opportunities in Val di Vara, and if skiing is your obsession, you can try in Monesi di Triora near Imperia.

Pay a visit to the beautiful Toirano caves in Borghetto Santo Spirito, which are also suitable for families with children. The Gambatesa mine near Genoa can be visited with a small train. The Parco della Val d’Aveto in Genoa is the only place in Italy where wild horses live.

For families with children, a visit to the Aquarium of Genoa is located in Genoa’s old port. Also, in Genoa, in the “City of Children,” you can find a science and technology centre for children and adolescents, and the Caravelle water park is a must. In Ceriale, in the Savona area.

Would you like to attend an unmissable event? These are the most famous events in the region:  Sanremo in Fiore, the Carnival of Sanremo with the favourite allegorical flower poses, the Infiorata of Pietra Ligure on the occasion of Corpus Domini, the luminous nativity scene of Manarola, in the nativity scene Cinque Terre. The largest illuminated festival in the world the Stella Maris Festival, a traditional celebration in honour of the Madonna, celebrated in Camogli on the first Sunday of August, and the Autunnonero Ghost Tour, dedicated to mysteries and legends, organized in Triora, the famous “City of” Witches. “

Suppose you want to start with an appetizer. In that case, you can choose a seafood and shellfish salad such as Cappon Magro, a luscious and tempting combination of fish and vegetables, or Frisceu, hearty pancakes with salad, whitebait, and cod, and cakes savoury like the Pasqualina cake filled with Swiss chard, parmesan, and eggs or in the form of chickpea porridge, one of the most famous dishes in Liguria.

The most classic Ligurian cuisine includes trenette or Trofie with pesto, a condiment made from extra virgin olive oil, basil, garlic, pine nuts, and Parmigiano Reggiano. On the other hand, Pansotti alla Genovese is similar to ravioli stuffed with vegetables, perhaps to be tried with walnut sauce. If you want to enjoy a first course with seafood, you can instead opt for fish ravioli with numerous variations, including vegetables.

We recommend the Genoese tip for second courses, the veal tip stuffed with eggs, peas, artichokes, pistachios, pine nuts, ham, and sweetbreads. For those who love fish, mackerel with peas, with only local fish, the squid Buridda, a classic Genoese, with squid, peas, and tomatoes or Ligurian fish, with your choice of fish, sea bass, sea bream, occhiate, or cooked Gallinelle with tomatoes, Pine nuts, olive oil, Taggiasca olives, and rosemary.

For dessert, we recommend Panera, a coffee parfait typical of Genoa, amaretti from Sassello, sweets made from sweet and bitter almonds and egg white, or Baci di Alassio, biscuits filled with cream on chocolate. Typical for the Christmas season are the Genoese pan dolce with raisins, candied fruits, pine nuts, and the Sacripantina, a sponge cake filled with buttercream with cocoa and hazelnuts.

If you are a fan of street food, you’ve come to the right place: Liguria can count on a vast selection of hiking foods, starting with focaccia, which is available in many variations: the Genoese focaccia brushed with extra virgin olive oil, water, and salt or focaccia with olives or onions or with sage or rosemary in the batter or the thinner and crispy Voltri Focaccia; or even the focaccia stuffed with Recco cheese. Another great Ligurian classic is the farinata made from chickpea flour, consumed as a starter or 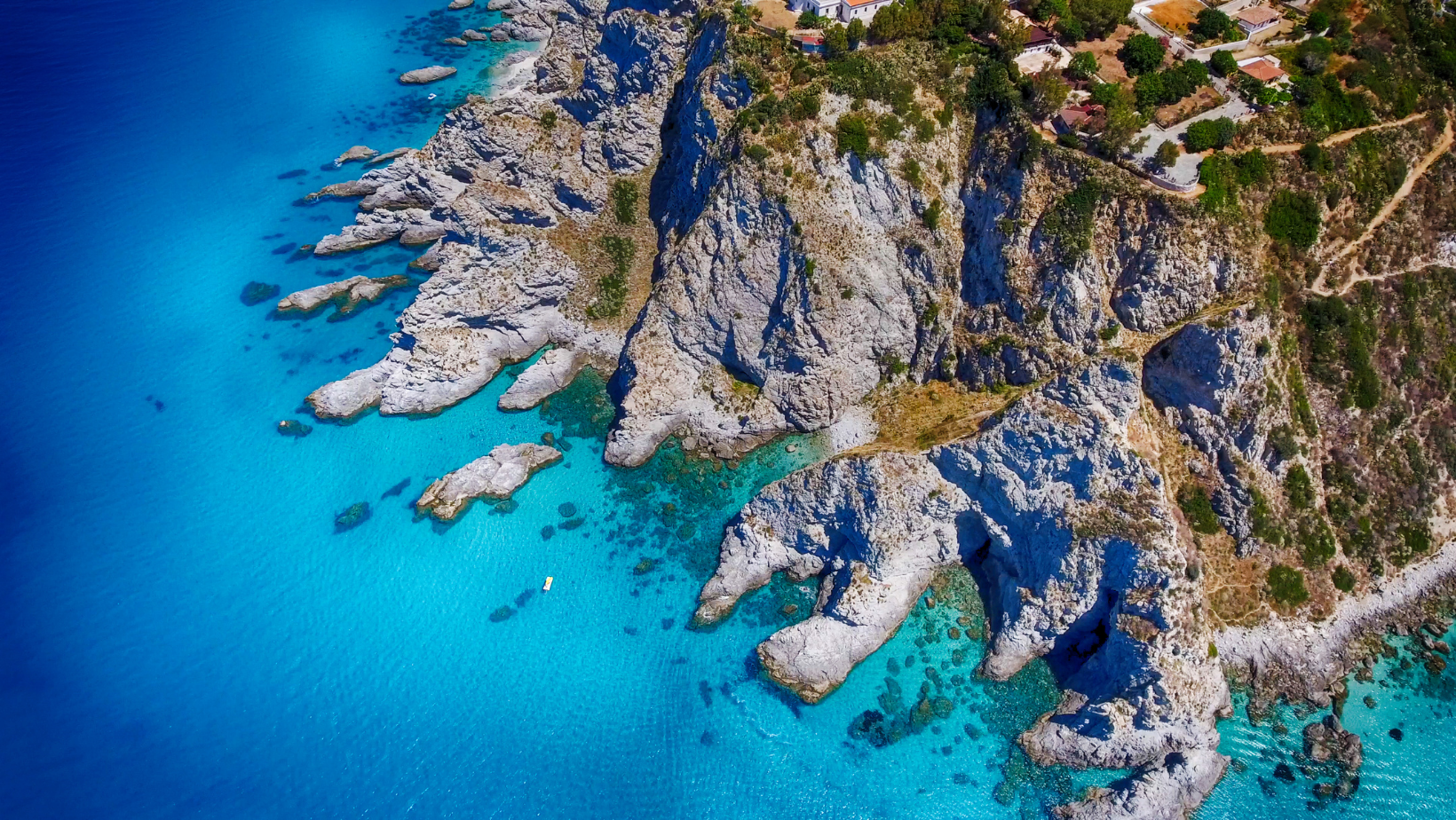