A lot of art, history, architecture, Emilia Romagna offers all of this. Bologna, the city of fairs and trade, condenses these aspects in the Basilica of San Petronio, one of Italy's most beautiful churches with a unique facade: half raw, half-covered in marble. To admire the city's landscape, you can climb the 498 steps of the Torre degli Asinelli. The panorama from above is the reward for so much effort. The city of Ferrara, declared a World Heritage Site by UNESCO, preserves its splendour build during the Renaissance. It expresses in the streets, in the facades of the buildings, and the artistic treasures of the Estense Castle, a real architectural gem. In Modena, the city of flavours and home of Tortellini, it is worth visiting and admire the Romanesque cathedral and the bell tower of the Ghirlandina. Another place with eight buildings recognized as a World Heritage Site by UNESCO is Ravenna, the mosaics city. The masterpieces of this city are an example of the magnificence it has achieved in its long history. It has three times considered the capital. Among the monuments not to be missed are the Basilica of S. Apollinare Nuovo, the Mausoleum of Theodoric, and the Basilica of S. Apollinare in Classe. Faenza is a city with a remarkable historical and cultural heritage, instead enjoys international fame thanks to its ancient ceramic industry, an art that dates back to the 13th century. Emilia Romagna is also the land of speed, sport, and motors. Automobile lovers may visit the Ferrari museums in Maranello and Modena and admire the most prestigious cars made by the famous automaker, whose trophies and symbols have made it famous worldwide. On the other hand, with its historic fortresses and squares, Imola is the seat of the famous Enzo and Dino Ferrari circuit, home of various cycling and motorsport events.

In the heart of the Adriatic Riviera, you can be from one part of Italy to another in seconds. Thanks to Italy in Miniature, a park that hosts many scale reproductions of the most important monuments of the peninsula and Europe and where children can have fun observing the beauty of our land.

For nature lovers, there are two national parks, 14 regional parks, and 11 local reserves. For those who want to immerse themselves in the green and perhaps devote themselves to outdoor activities such as trekking, kayaking, and cycling, these are places of leisure and relaxation.

Horse lovers can follow the routes along the Via Francigena in the Piacenza and Parma areas and enter the parks and paths throughout the region.

Another path is that of well-being with the numerous spas that offer therapeutic and regenerative treatments in the name of pleasure and relaxation.

Salsomaggiore, Tabiano, Bagno di Romagna, Castrocaro, and Porretta are just some of the places known for their spas.

Speaking of routes: the wine and food routes are an opportunity to rediscover the region’s historical and cultural identity with its typical products and unforgettable flavours.

Finally, how can we forget the many feasts and festivals held throughout the area for most of the year? You will be spoiled for choice!

The journey to Emilia Romagna cannot ignore the discovery of the art of taste, a cuisine with intense and refined flavours: from the farmers of Emilia to the sailors of Romagna.

Among the traditional dishes that we remember: the typical Erbazzone, a hearty cake with spinach, Pisarei and Faso, small gnocchi with beans from Piacenza, not to mention tortelloni, agnolotti, and all kinds of pasta that come with fillings, flavours, and aromas.

In Bologna, we stop to taste the mortadella, to be appreciated, why not with the famous piadina.

The undisputed ruler of the Parma table, known and tasted worldwide, is Parma ham, the backbone of the temple of Italian cuisine and wine, which, together with the beautiful Grana cheese and the now legendary Parmigiano Reggiano, is a worldwide pride.

Another feather in the cap of Emilia Romagna is wine.

From Gutturnio, fruit of the Piacentini hills to Trebbiano, through Lambrusco, Barbera, Sauvignon and Sangiovese.

The cuisine of Emilia Romagna, a cuisine for gourmets, is appreciated worldwide and is based on simplicity and taste. 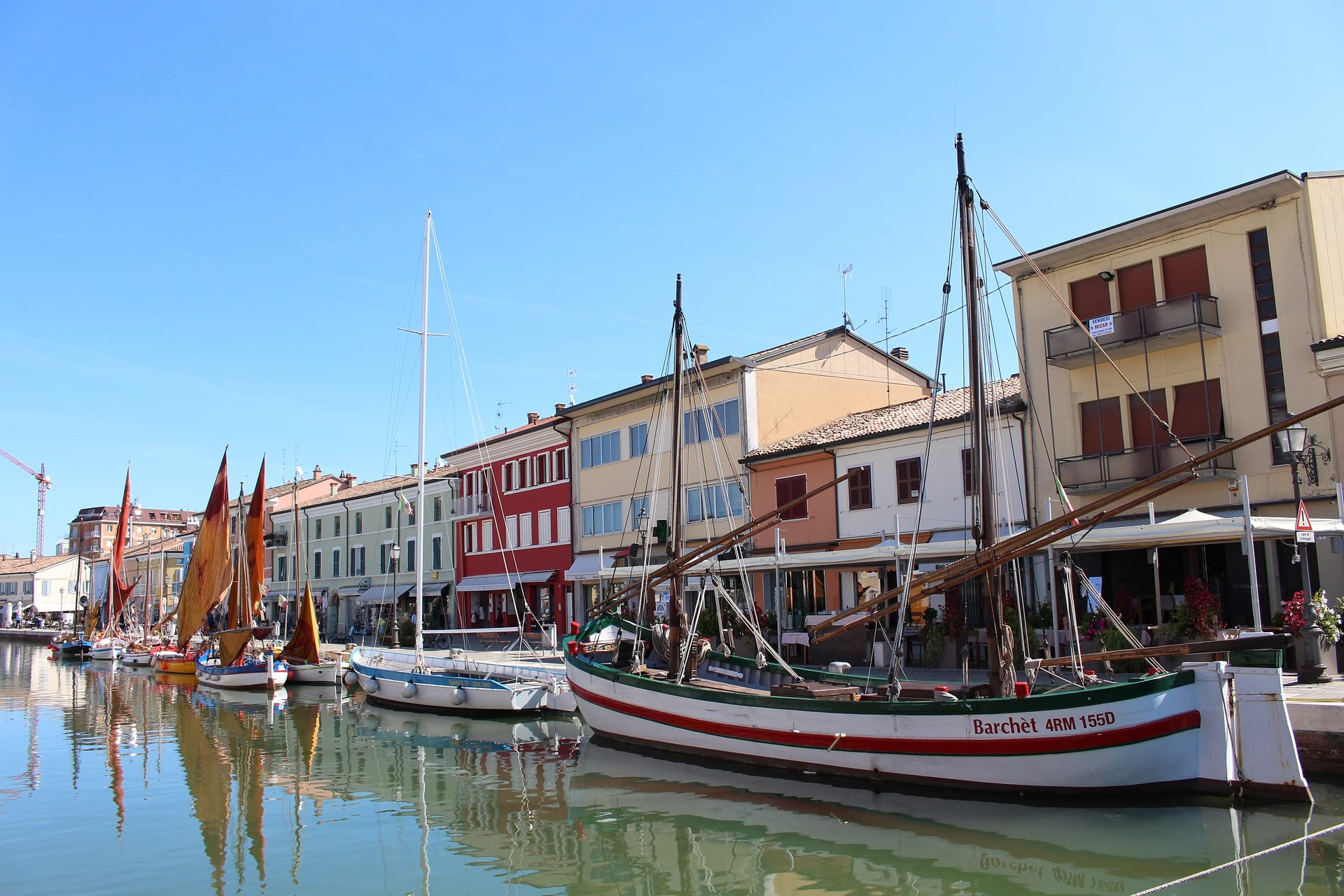