L'Aquila is the most representative city of the region and offers various history, art, and faith routes. It is located on the slopes of the Gran Sasso and is characterized by an inestimable artistic heritage. The magnificent Basilica of San Bernardino and the one of Santa Maria di Collemaggio to the 16th-century castle and the fountain with 99 embellished spouts from as many stone masks. Unfortunately, on April 6th, 2009, an earthquake hit the city, and the surrounding area badly damaged its valuable art treasures. In the Aquila surroundings, there is much evidence of Abruzzo's complex history. From the famous Celano Castle, which now houses the Museum of Archaeological and Sacred Art, to the remains of the ancient Roman city of Alba Fucens. On the Adriatic Sea, characterized by long and sandy beaches, Pescara is an important tourist centre. This city preserves the memory of the poet Gabriele D'Annunzio. The coastal tourist resorts are numerous and characteristic: Tortoreto, Giulianova, Silvi Marina, Roseto, and, to the south, Ortona, Vasto, and San Salvo. Chieti is located on a hill near the coast and houses a beautiful cathedral from the 11th century. The National Archaeological Museum, which is rich in prehistoric finds and evidence of Greek and Roman civilization, is also of particular interest. Another important city is Teramo, with its medieval cathedral and the remains of the Roman theatre and amphitheatre. There are countless ancient villages, guardians of a peasant civilization that keeps its traditions alive through local folklore and handicrafts. One of the most characteristic places is Scanno, with its narrow streets, baroque portals, and old palaces. It is a typical village of the Sangro Valley, located near an enchanting lake. Sulmona, home of the poet Ovid, who owns valuable artistic evidence and the famous hermitage of Celestino V, is rich in history and traditions.

The varied landscape of Abruzzo offers different types of holidays, all exciting and full of surprises.

The highest peaks of the Apennines and the well-known resorts of Roccaraso, Rivisondoli, Pescasseroli, and Campo Imperatore welcome visitors with modern facilities and a complete system of slopes for ski, snowboard and snow rafting enthusiasts, while the cross-country trails are open forward in the magnificent landscapes of the Abruzzo, Latium and Molise National Park.

There are numerous sports in contact with nature: walks and excursions on foot, by mountain bike or on trekking routes in protected areas or in places of particular naturalistic value such as the magnificent Sagittario Gorges and the Zompo lo waterfalls. Schioppo or the lakes of Penne and Serranello, where even the birds’ rarest species can be seen.

From the Gran Sasso to the Sirente, the high mountain area is particularly suitable for mountaineering and climbing.

For those who love horseback riding, there are countless opportunities for horse riding. Simultaneously, in the Gran Sasso and Monti della Laga Park, it is possible to ride a bridle path for hundreds of kilometres between naturalistic contexts of unique value.

Along the coast, thanks to the presence of equipped beaches and modern facilities, you can practice all sea sports: sailing, canoeing, fishing, windsurfing. There is also plenty of space for bike paths through pine and beech forests and then for entertaining evenings in discos, clubs, and restaurants in the various coastal towns.

Also important are the archaeological remains of the Fucense area in the Fucino Valley. The seat of a dry lake, satellite territory of Imperial Rome, where the ruins of Alba Fucens stand out, a Roman city at the foot of the Velino, a few kilometres from Avezzano, and the remains of the ancient Roman Domus and native necropolis.

There are numerous religious routes to places of prayer immersed in uncontaminated environments. One is the famous Hermitage of Celestino the 5th in a cliff or the Romanesque-Gothic church of Santa Maria di Propezzano in the Vomano Valley or the church of Santa Maria in Porclaneta- Valley in the municipality of Magliano de’ Marsi (AQ).

Those with a sweet tooth can wander through olive groves and vineyards, from the inland Adriatic coast to the Peligna Valley, to visit businesses and taste wines, oils, and exquisite local produce.

Also not to be missed are the folklore events and religious festivals. The famous “Festa Della Perdonanza” in L’Aquila, the celebration of Serpari di San Domenico in Cocullo, the live nativity scene of Rivisondoli, the September Lancianese are all events worth seeing.

Abruzzo has a rich gastronomic tradition with specific traditions linked to each province. The table’s rulers are “Macaroni Alla Chitarra,” homemade noodles cut with a steel wireframe. Typical of Teramo is the Scrippelle, thin pasta sheets in broth, and all soups with legumes. On the coast, the fish dishes dominate, often seasoned with tomatoes to improve the taste of the “poor fish” fished in the sea off ancient marine areas. Among the second courses is a typical recipe of Chieti fried fish pickled in vinegar. The same applies to the stew or “fish soup”, which is mainly consumed in the coastal towns and Teramo areas.

However, Abruzzo’s real meat, especially in the Teramo and Aquila areas traditionally dedicated to sheep farming, is the master of the table. However, everywhere in Abruzzo, there is an abundance of menus based on lamb, kid, and sheep. Cold cuts such as ham, loin, and Ventricina are the main dishes of the mountain areas.

The typical Abruzzo dish is rounded off by a selection of the best regional DOC wines. Montepulciano d’Abruzzo, Sangiovese, and Trebbiano d’Abruzzo have conquered the national and international market to maintain their production and the excellent quality-price ratio. There are many organic wine productions, especially in the Chieti and Teramo areas.

Among the desserts, often based on almonds and honey, the nougats stand out, the famous ones from Aquila, the sugared almonds, a speciality of Sulmona, and the Cicerchiata, small balls of fried dough covered with honey, but also the Mostaccioli and the famous Bocconotto, typical of the Chieti area. 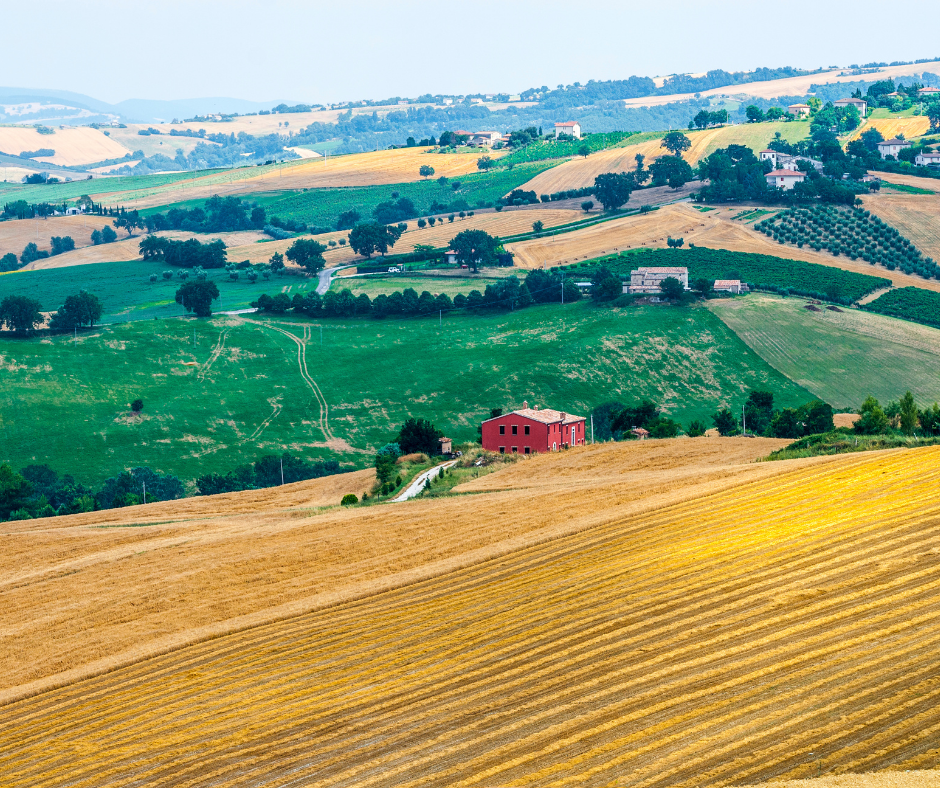